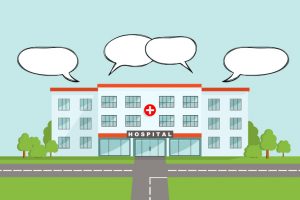 Title VI of The Civil Rights of Act of 1964 prohibits discrimination on the basis of race, color or national origin under any program or activity that receives federal financial assistance. Title VI requires federally funded services to make provisions to ensure that individuals and families with limited English proficiency access and utilize critical services. For this reason, language interpretation is required in several languages in hospitals, nursing homes, Health Service Providers, and Human Service Providers.

Interpreting and translation services help reduce language barriers by providing in-person interpreters, translated documents, and multilingual phone and video options in hospitals, nursing homes, courts, schools, businesses, and other health and social service agencies. States can ensure the equitable access to effective and efficient services, by passing legislation and implementing policies that promote cultural competency and provide resources for the provision of interpretation and translation services.

We ask our State Legislators to: 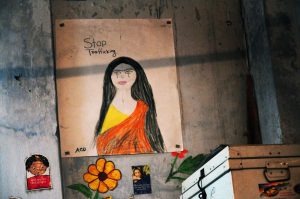 Human trafficking is defined as the recruitment, harboring, provision, receipt, transportation and/or obtaining of individuals by using force or threats, coercion, fraud and/or using systems of indebtedness or debt bondage for purposes of economic exploitation that can include forced labor for domestic, industrial, agricultural or sex work; prostitution, pornography and sex tourism; removal and sale of organs; servitude, including servile marriages; and slavery.

How does this affect the API population?

Trafficking is fueled by demands for cheap, exploitable labor which have increased with globalization and migration. Currently, Asian and Pacific Islander (API) women make up the largest segment of foreign-born persons trafficked into the United States. Undocumented immigrants are particularly vulnerable to extreme forms of labor trafficking and, with limited legal rights and means for work in the United States, may be exploited in various settings not limited to restaurants, factories, nail salons, strip clubs, begging and peddling rings, and domestic servitude for little or no money.

Sex trafficking occurs through illicit massage businesses, residential brothels, and can also occur via international marriage brokers. Sex trafficking of Asian and Pacific Islander women is not limited to big cities on the East and West coasts of the U.S. In 2015, Asian American Community Services in Columbus, Ohio was involved in providing crisis services and transitional support to18 Chinese women with no English proficiency who were rescued in a high-profile raid of a sex trafficking operation based in local massage parlors in central Ohio.

Any legislation related to human trafficking should also address concerns of specific to vulnerable Asian and Pacific Islander survivors of sex trafficking. State efforts to address the growing crisis of human trafficking in Ohio should be based on effective, efficient, and evidence-based solutions.

We ask our State Legislators to: 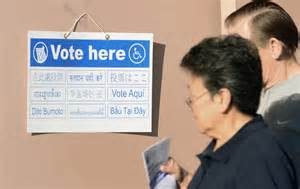 With a government elected by its citizens and that effects every aspect of our lives from schools to health care to the military and homeland security, voting is a right in our society. By voting, citizens make their voices heard and contribute to making a difference in how the government should work for its people.

In recent years, the state of Ohio has passed a series of voting restrictions, which make it more difficult for Ohioans to exercise their right to vote. In 2014, lawmakers cut six days of early voting and changed absentee and provisional ballot rules. In the same year, directive by the Secretary of State further reduced early voting on weekday evenings and weekends. In 2015, the settlement of a separate, ongoing lawsuit over the early voting hours restored one day of Sunday voting and added early voting hours on weekday evenings. The 2016 election is the first time these new early voting schedules and changed absentee and provisional ballot rules are in place, making it more important than ever that Ohio constituents are informed about their voting rights and procedures. (Source: http://www.brennancenter.org/voting-restrictions-first-time-2016)

How does this affect the API population?

Asian Americans and Pacific Islanders are the fastest growing population in the United States, at a rate of 46% and 40% respectively, between 2000 and 2010. In the last three presidential cycles, approximately 620,000 new AAPI voters nationwide entered the U.S. electorate.

Asian American and Pacific Islander communities are also growing rapidly in Ohio. From 2008 to 2012, the number of eligible AAPI voters (citizen voting age population) in Ohio grew 18.6%. This compared to a 1.5% growth rate for the statewide eligible voting population during the same time period.

As the population continues to grow, it is more crucial than ever that the diverse voices and stories of the AAPI individuals and families continue to be heard and influence the political process to ensure the health and wellbeing of our community for generations to come. It is therefore important for our community to remain informed regarding the recent changes in voting procedure in our state, to ensure equity in our right to vote.