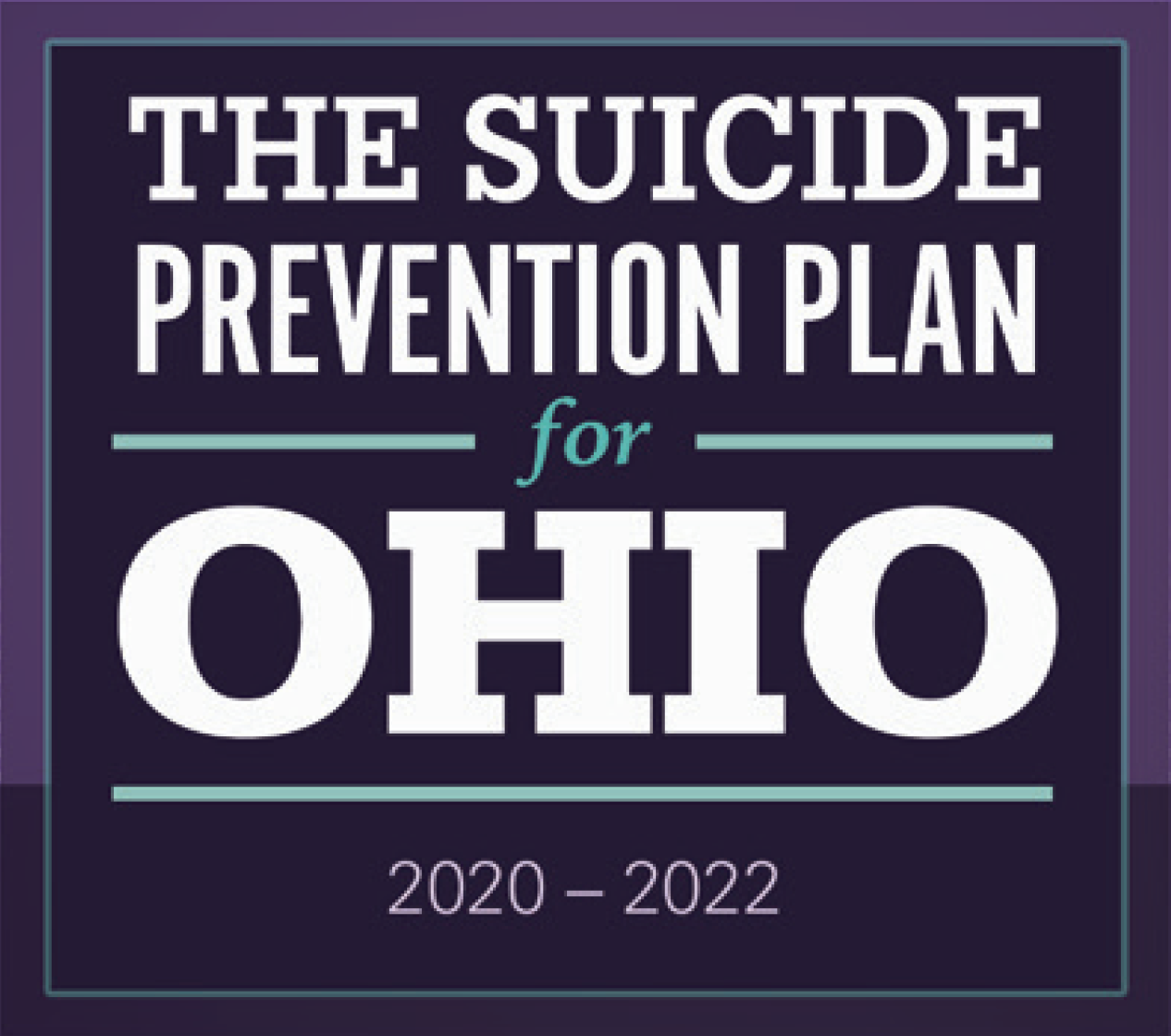 The Suicide Prevention Plan for Ohio is the result of a statewide effort to guide Ohio’s suicide prevention efforts. Diverse stakeholders partnered, with the support of Ohio Governor Mike DeWine, with state and county agencies, private providers, philanthropic entities, local coalitions, and advocacy voices – most importantly those of families and suicide survivors – to craft a plan to mobilize and align efforts to prevent suicide.

The resulting plan sets out actions to be implemented over the next three years. While focused, the plan will remain dynamic going forward. As policies or other operating conditions change, and as results indicate where adjustments may be needed, planners will stand ready to adapt and edit goals, objectives, and action steps to prevent suicide.
The plan directs energy, focus, and resources to attaining its vision and outcomes by implementing specific goals and objectives. The objectives identified in the plan were informed by data, evidence-based approaches, and lessons learned from current practice. Any suicide prevention strategy not specifically called out in the plan or listed as part of a goal workplan also remains important to an overall initiative that blankets Ohio.

As a collective impact effort, asking everyone involved in preventing suicide to focus on priority strategies will help to achieve the overall, shared vision of reducing the number of suicides every year until not one life is lost.

OAAHC and Bfree on WOSU NPR